the age old question...are we compatible? 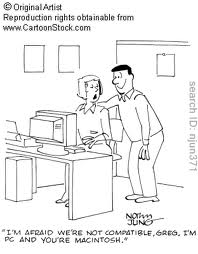 When forming a new relationship, particularly with a significant other (in comparison to with a friend), there is much to be said about finding areas of compatibility.  When the stars have faded a little, and the soft focus has turned more to a blur (or possibly a frighteningly sharp focus), I think it's important to have some things to work from and towards.
The experts say that having a similar IQ is important.  That ones emotional intelligence should also be on the same wavelength. perhaps some shared interests and hobbies, congruency in goals and dreams.  Similar spiritual thoughts or values.  Sexual compatibility.
How about this one:  financial compatibility.
Now, compatibility, by it's own definition does not mean that both sides have to be the same, but it does mean that they have to CONGRUOUS...be able to fit together, not create disharmony.
I would suggest that this is one of the most important things of all, especially for those people on 'second time round', and in particular when the two partners enter the relationship with different levels of asset and liabilities (and spending/saving habits!).  Yes, there can be events outside of our control that lead us to be in a particular set of fiscal circumstances, but I am talking here about those base values and habits that make up our financial personality.
Where one is a spender, and one is a saver - or one believes in speculation and the other in accumulation, the issue is not then who comes with what, or even which path they will follow as a couple (assuming they choose a joint financial path) but how they will manage the differences.  Yes there is the issue of financial literacy - it plays a huge part of course, but I'll save that for another blog, and assume here, that both parties have some sense of what this is.
A saver, for example, may bring up their children to, or have been brought up in a family who, respect money for it's cumulative effect.  Possibly be a cautious spender, favour a regular job over self-employment and see owning a house as a priority or goal.  The spender may live in the now, not feel the same need to be tied to a particular career, or location - see the freedom in never 'owning a mortgage' and prefer to enjoy their money in the short term.
I believe that where there are extremes of these differences, a relationship is already on a precarious path.  It is certainly true that money is a major cause of divorce - but I think it's deeper than that.  It's about where each person puts priority and value, more than how each dollar is actually spent.  For simplicity, I have referred to each end of this spectrum as a 'saver' and a 'spender'.
For example, when, as a saver, you see your loved one - be it partner, sibling or child - treating money in a different way to how you think it 'should' be treated, it can be tempting to see them as wrong, or misguided, or just plain irresponsible.  Similarly the spender could see the saver as over cautious, conservative or mean.
So, what to do?


Firstly, I think it's about recognising that one persons 'value' of money (possessions/assets/liabilities/spending and saving) is not necessarily the same as the others.  And in fact, working on the principal that perception equals reality, one or the other is neither wrong nor right, except to the believer.  Note thought, that this can be particularly tricky when it's someone you already have a strong emotional connection to.
Secondly, identifying where you sit on the money continuum - what is your style?
Thirdly, deciding which things are 'no go' areas, or deal breakers in a relationship, when it comes to money - and believe me, there will be some.  High personal debt and little in assets is likely to be just as offputting to the saver as a huge mortgage is to the spender.
Finally, discovering together,which areas of 'finance' are manageable, adaptable, or have potential for developing. - that's the compatibility being tested.  It's going to be challenging, it might mean making some hard decisions, but the payoff  will be worth it's weight in gold:)
Posted by susan at 6/23/2011 08:18:00 pm

Great post! I know what you're saying with financial compatibility.. my BF and I are complete opposites at times, but in the end we manage to do the right thing.

Yes,I agree; financial compatibility is often overlooked in relationships until its too late. Recognising your money personality is key to any financial relationship. Having the same degree of financial literacy makes it easier when forming new relationships to work out fair and sustainable PreNups or Property Sharing Agreements.