Tis the Season to be Jolly - The Annual Christmas Poem - 2015

Tis the Season to be Jolly 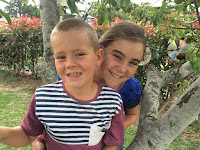 I like to think I'm organised, by shopping through the year
Snaffling up the bargains and squirrelling here and there
Which means of course come Advent, when all the rest are fraught
I'm the one who's oh so smug, my presents all but bought

But therein lies a problem - my recalls just not great
And so the Christmas present stash got rather over weight
(And to add insult to injury the challenge that I had
was triple gifts for Mum in there, and not a thing for Dad) 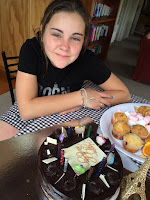 I also found a gift or two I'd bought as 'special things'
A ball gown for Niamh's formal dance, a pair of Angel Wings,
A pile of books, a stash of pens, a clutch of fake tattoos
The list went on, the pile it grew, but nothing I could choose

So fatefully, so fatefully, I headed for the city
A list this time clutched in my hand, (and budget mores the pity)
At last! At last, the work was done, the gifts all fit to wrap
All that was left was cards to write (and perhaps a Nana nap) 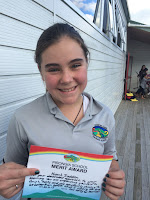 The tree is trimmed, the lights are hung, and ornaments abound
I've filled the fridge, and pantry, and had some friends around
I draw the line at Christmas tunes - that is a step too far,
but do concede if by some chance I hear them in the car 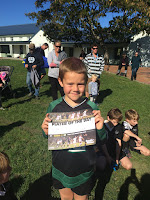 I've even soaked the Christmas mince, it's languishing in brandy
My Masterchefs will make the tarts (they really are quite handy)
We've wrapped the gifts and trimmed the tree, made visits far and wide
I swear we couldn't be more festive even if we tried 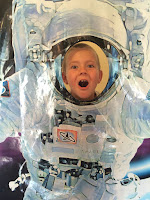 We've 'done the lights', a late night shop, and Tree-Awamutu
Just Christmas Day itself and  midnight mass still yet to do,
It is the season to be jolly, and for a time I'll be
but  Boxing Day can't come to soon - so I can pack up that darn tree. 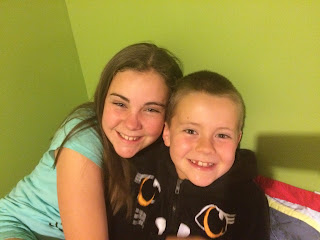 The Power of Words

I was recently asked to create an exhibition for the Te Awamutu Museum. This is my essay, which will be displayed in the cabinet with my chosen items. 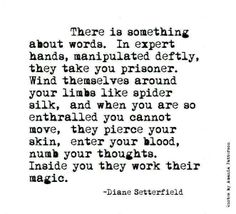 THE POWER OF WORDS

As a young girl I dreamt of being a journalist -  I wanted to write for a newspaper, or be a reporter for a radio station (the idea of TV was rather beyond my comprehension).  Or maybe work in a library - that was appealing too. How else could I feed my insatiable appetite for words, and for reading, as well as prove the critics wrong!? (who said I talked too much and my written word just wasn't very good). I had my first article published in the NZ Women's Weekly when I was just 7 years old - and so began a lifelong love of words.

I was one of those kids who read cereal boxes. Who when going to the feed store for chicken meal, would read the ingredients on the drum.  Who had a radio going all the time (and who still holds the secret shame of listening to talk back and National Radio). Who probably would have had a blog, had blogs even existed in 1973!  But who didn't do well at school, hated exams, and was petrified of sharing anything remotely personal anyway. (It also didn't help that I was left handed, and so anything I wrote smudged the minute the ink hit the page.)

Words - words were everywhere.  My house had books of all kinds, an unlimited supply of paper and pens, and even a typewriter that was mine to use whenever I wanted to. I grew up in a house of conversationalists too - and it came as a great surprise to me to discover that most people DIDN'T discuss the state of the nation, women's lib, or the merits of the current Prime Minister over dinner, like we were wont to do!

At 14 I was told by my teacher that  I wasn't very good at writing essays. At 16 I discovered that working in a library didn't mean I'd get to read books all day, and that I'd have to go to University to learn how to be a proper librarian. And at 18 I was told I wasn't 'tough' enough to be a journalist.  So that was that.

So, I became a banker (as you do) and satisfied the itch by writing the occasional article for a community newspaper, and some strongly worded letters to the Editor of the Waikato Times.   At 20, I went overseas, and as email hadn't yet been invented, wrote long detailed letters home every week for four years - suitably censored for parents and grandparents eyes, but also full of long lyrical descriptions of the places I went, the people I met, and the food I ate. Phone calls were horribly expensive, so words were chosen carefully for those too (although they did include an engagement announcement, excited plans for return trips home, and the odd request for money...)

Time went on and I turned to technical writing - it was part of my job to write manuals, and training workshops.  Hardly the stuff of a great writer, but again, it satisfied the need for words.  The Internet came, and my typing became word docs, and eventually blogs, video logs, and web content.  Letter writing almost out the window, but not the dream of being a journalist - it lingered and still does. I write two blogs which have had more than 50,000 people read them.

I established a local paper in Pirongia seven years ago - it's small and published only a few times a year, but it's mine and I'm proud of it.  This summer, it's twelve pages long, and my editorial is written about a former Te Awamutu resident for whom I had great admiration.

Words can be cruel and like many I've been on the end of a few of those.  But they can also be powerful - written or spoken, it is possible to change peoples life - indeed the course of history - with them.

Whether it's a conversation 'over the tea cups', the power of a  strongly worded letter, a history changing submission to Government (as is the work of the Chamber of Commerce), a courageous conversation over the phone, or an attention grabbing headline that makes you sit up and think - or better, get up and act - the power of words is formidable. 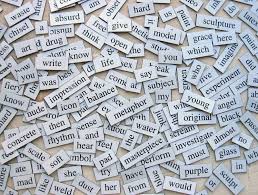 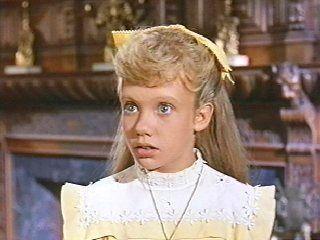 I mentioned to a friend last week that I was feeling a whole lot let PollyAnna'ish that I usually am - she responded: 'you're allowed to you know'.  Yikes - am I!?!?!

Never given myself actual permission for that before!

There are days and there are days - and then there are weeks, months even,  when you (erh-herm I mean ME when I say that obviously) that are so nutty that one (you, me, I) is not about putting ones  head up for air  but possibly just hoping that a few globs of oxygen are going to make it down as far as said head is buried.

That's how the past couple of months have been for me anyway - and it's probably my own fault. An inability to say NO when asked to do stuff, a tendency to operate by way of short bursts of productivity interspersed with long periods of pfaffing (a phrase stolen from someone else but SO good!), and a general sense that THE YEAR IS RUNNING OUT AND THERE'S STILL SO MUCH TO DO (what's with that anyway? - It's not like the world is gonna end on December24...) - these things are have resulted in me having massive to do lists, running from one place to the next, day in day out, cramming as much into my weekends as possible, going to bed too late, eating a lot of wraps and salad (not all bad but kinda sick of quick food), and imbibing fairly impressive quantities of coffee.

I'm not really complaining as such - it's mostly all stuff I do want to do, including getting ready for a new job, finishing some overdue renovations on my house, starting some new projects at the office, the usual family and friend things - and doing kid stuff around my work schedule, but there's the odd day when I come up the drive after a 12 or 14 hour day and think - STOP THE WORLD I WANT TO GET OFF!!!!

The bummer is of course, that most of us, me included, don't get the privilege of opting out.  Pesky stakeholders like my Bank, my family, my community, my employers, put pay to that.  I am torn between admiring those that say 'and for that reason I'm out' and actually pack up and go, and thinking that they are copping out of being a grown up.

Its the plague of the white middle class woman (and man) of a certain age - have a full and busy life, get a bit bored, get a LOT bored, try some new stuff, still feel bored, and decide that the only solutions is a 180 of life as we know it.  (yeah OK so I am a bit jealous of people who have the nerve to do that even if they don't have the means or the sense not to....).

Its end of year - everyone is busy and stretched right?  My life is not non stop excitement - and I kind of miss the 'damn it let's do it' lifestyle I have experienced in the past - but it's still pretty full on. Good stuff - people stuff. Good for the soul if only I let it be stuff.   And no, quitting is not an option.  And the stress bunny that sits just inside my ribcage is just going to have to sit tight for a couple more weeks.

In the meantime, I'm keeping this list handy - just in case I have the time and inclination to act on it's advice....(thanks eponis.tumblr.com, I might even take a selfie) 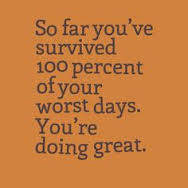