my favourite shortcuts in the kitchen

every time i am asked for a recipe for something I get a reply back along the lines of...you should write a book! so to start with, here are my current favourite 'it's 5.00 and i don't know what's for dinner' ideas.....

- use flatbread/turkish bread instead of lasagne sheets. stays nice and soft, no hard bits and easy to cut to fit the shape of the dish.
- easy snacks....same turkish bread cut into triangles. spray with cooking spray and sprinkle liberally with garlic salt. bake for 5 -10 minutes till golden. serve with some kind of dip (easy one: half and half mayonaiise and lite sourcream with teaspoon of seed mustard)
- best ever tomato sauce for pasta: slosh olive oil in pan. add two tins of chopped tomatoes, some pitted olives, fresh herbs (chopped) or shake of dried ones, couple of bay leaves. bring to boil, stirring. Add tablespoon or so of tomato paste. simmer till thick. pour over pasta. yum.
- best ever spuds.....spray oven dish with cooking spray. layer in sliced potato, sliced kumara (sweet potato), finely sliced leek, sliced granny smith apple. put a bit of olive oil over the top. season. cover and microwave for about 20 minutes. flash under grill to crisp. more next week
Posted by susan at 11/01/2006 11:20:00 pm No comments: Links to this post

i have the worlds most sleepless child. thought it was just me, but turns out that it's the 'last taboo' . and i thought that was death....or masturbation....or affairs!!!!

so after 4 years of broken sleep, i thought i had it made, and then i get another one who this time, only sleeps 45 minutes at a time. what to do! read loads of parenting books, what a load of !%*&. they all smugly state that it's just a matter of time/training/attitude and things will come right within a few days. huh, not my kid! and i AM NOT prepared to let my child cry for ever and a day, as far as I'm concerned that's called breaking a spirit, not teaching good sleeping.... so looks like i'll be riding it out for another 4 years....quietly getting on with it and welcoming the quiet comments from other mothers who admit, yes, their child wakes alot too!

where are you! and what is so wrong with it, apart from the severe sleep deprivation I mean! it's up there with demand feeding, and all those other 'alternative' ways of parenting. I refuse to be brow beaten into doing it the Gina Ford way, the Babywise way et al. Four years ago these were radical ideas, how they are the way everyone parents. What is going on?

mighty-acorns
I've been reading a new magazine, called The Mother. It's English but has contributors from all over. There's lots of 'muesli knitter' stuff but the focus is on the 'eco-mother' rather than the yummy mummy (that is such a gross and insulting term I think anyway).

It got me thinking....all this talk about ideals and stuff, the search for the authentic self blah blah. What does it all mean? Well for me, authentic means... what i really am...some ideals, some goals but mostly just what I truly am rather more than what I aspire to be. For example...I recycle as much as possible, I give my food scraps to our free range pigs. I have my son in cloth nappies (although only day time)...I like the idea of eating organically but simply can't justify or afford the price...I co-sleep sometimes but only so I get some rest, being blessed with two very unsettled sleepers...I like the idea of being a vegan/vegetarian but frankly love dairy and bacon too much!

I admire people who are so firm and sure in their beliefs that they'll go right out there on a limb and be happy (or tolerant of) having people scoff, scorn and criticise but mostly I'm not that brave. depends on the issue.

I'm a christian but I don't go out there shouting it (mmm why not, an issue for another post) - in fact lots of my friends probably don't even know. I believe in angels but couldn't imagine that I would ever summons one. I like homeopathy for remedy (I WANT to believe in it!), herbal tea and affirmations but couldn't imagine being rebirthed or hugging a tree! I'm a stay at home mum (WELL it feels like I'm out every day really so not sure if that counts!) but I do work from home, partly running our business - and also doing some other stuff a couple of hours a week.

I feel guilty when I work, guilty if I don't contribute financially, guilty for feeling guilty, guilty for NOT feeling guilty (about working/not working/staying home). Motherhood is my true vocation but I still have moments of wishing it weren't! the authentic IDEALISTIC self says, cook from scratch, grow things, make things, give my kids wooden toys, home school, etc.

The TRUE self says, cook when you can (actually that is every day but I do have junk food in my cupboards, even if it's for me and not my daughter), Yes there's creative things but there's also a Barbie, a Thomas, a TV!) and, having worked in education,I know that school is for me - although i'm thinking Steiner if I can find one nearby).

why Mighty Acorns???? Because in this house There's two of them...two small people (who may one day be mighty oaks...)


I also run my own microbusiness, coaching other micro businesses...all of  which may always be acorns but can still be mighty!!!


And i'm all for doing little things well, simply and effectively, but with minmal fuss.


I like to be honest and real, but I also get that sometimes the fastest route to achievement means you have to cut  the odd corners! 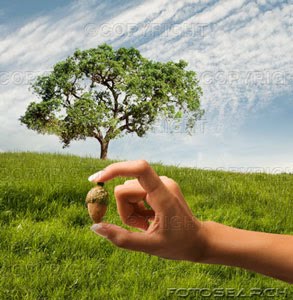 Join me as I reflect on life and work and the balance between - and add in some advice and grizzles along the way.
Posted by susan at 7/05/2006 10:27:00 pm No comments: Links to this post