sticking my neck out

Today I went for a massage.  It was a new experience, having only ever tried it once about 15 years ago (and hated it).  I was...slightly nervous.  Partly because I didn't really know what to expect, but also because it was being done by a friend (who is a therapist).

Now I am not one for visualisations, allegory and new age healing ideas.  But here's what happened:

H used a combination of techniques which included some foot reflexology.    As she pressed on certain parts of my feet there is no doubt it hurt - but the odd thing was that it was not a ''painful'' hurt.  Does that make sense to you?  In much the same way as we might get an injection that hurts but at a logical level we know is for the greater good, I found the discomfort an almost healing experience.  Interestingly the areas on my feet that DID hurt, did actually correspond to the parts of my body that aren't working so well right now - and certainly I understood the emotional/metaphorical significance of the pain too.

But here's the really weird bit.  As she moved up to my neck and shoulders she commented on the flexibility (or lack thereof!) in my muscles, but also that the skin on my head was quite pliable - suggesting that my brain (mind) was in good healthy order but she wondered had I been ''sticking my neck out'' too much for others.

Ouch!  That is true, so true.  And, incidentally one of the pressure points in my feet suggested that I was getting a lot of ''stuff'' heaped on me that wasn't being processed or let go.  My skepticism was starting to dissolve, and then, in a completely uncharacteristic moment, I had a really clear and strong vision of myself kneeling in front of a step, a la neck on the block.  It was the weirdest thing.  I could see myself bowing my head down, in complete trust of the person above me, believing that I was safe, but also knowing that I was risking actually having my head chopped off.  And right where that blade would have fallen was where the pain was in my shoulders.

Weird? Fanciful? A load of rubbish?  Possibly a sharp moment of insight?

What do you think? 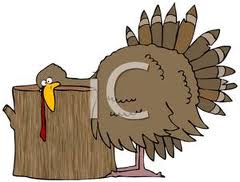 Email ThisBlogThis!Share to TwitterShare to FacebookShare to Pinterest
Labels: head on the block, massage, trust, visualisation

It sounds great! I did mind/body therapy with my son and when I was told by a medical herbalist that we needed to do it I was very sceptical but it was amazing and just what we needed!