I started dancing Ceroc about  3 1/2  years ago - the idea had been sloshing around for rather longer than that but it took me quite a while to get the nerve to go to a class. In fact, the first time I went I sat in the car for half an hour before I even mustered up the courage to go into the class! (I found out later this is quite a common phenomenon...)

After just a few weeks I helped out that the first Champs to be held in the Waikato (2011), and in 2012 competed in one round of one ''DWAS'' (random pairing - dance with a stranger) competition, which I didn't enjoy at all.  I did however love watching all the amazing dancers, and promised myself that one day I would take part in a team (which seemed an impossibly exotic dream at the time), and maybe, just maybe be better than the 'beginner'' I then was.

Time rolled on, I stopped and started classes a bit, depending on availability of babysitters, but stayed involved in the ''business end'' of Ceroc - helping on the door, and attending dance parties whenever  I could.  Earlier this year I had another go at a competition, not doing well, and finding the defeat particularly galling considering I was dancing with who was arguably one of the best male dancers in town.

My young man  (MYM) and I, through a number of circumstances, ended up competing together this weekend just gone. We were in a team together which was, I won't lie, flipping hard work, but incredibly satisfying all the same.  We went and had a private lesson with teachers in another town, whose style we both admired.  And we competed as a couple in a freestyle event and individually in DWAS - although neither of which we got past the first cut of.   Also, at the last minute I found on line (as one does in this modern age:)), someone to compete in the over 45's section, since MYM was not old enough - and this was a little nerve wracking as I knew nothing of this guy - his dancing style, or skill level. (And since mine is not fantastic I was a bit nervous I might be a bit under par).

To cut a long story short, the team placed third, and I made the final in over 45's.  It was disappointing that MYM and I didn't do better -we had one of the teachers cheering from the sidelines and got good feedback afterwards -  but it was a learning experience, and the competition was incredibly tough.  There is room for improvement for both of us , individually and as a pairing, should we continue to compete together, and also opportunity to do things separately too.

Dancing is a funny thing.  Away from the eyes of the judges I am sure I dance better.  I know the things I need to do better - eyes up, shoulders back - but also know there are things I can do well - stay in time, follow a lead, break out a bit when I am able.  Together, MYM and I are great if there's no pressure. We had heaps of fun. Add on a judging eye and it's still good, but there is that constant feeling of wanting to do better, and, I am sure, subconscious judging of our own performances.

There were many people at this competition dancing with new partners. MYM did it at the last comp and also did well. There was something to be said for dancing the other competition with a virtual stranger - no expectation, inhibitions checked at the door.  Maybe I got lucky with a great partner, maybe there is potential to repeat and do better - maybe it was a fluke.

The clear winners on the day largely had long term partners.  There were people who stood out as being just so much better than the rest.  And there were a couple of dark horses who surprised everyone.

Whatever the science, or not, in this dancing competition lark, it was still a fabulous experience.  I thought I wasn't competitive, but maybe I am...The taste of small success remains on my tongue and I think with some dedication and focus I could do better next time.

In the meantime, I am incredibly proud of my achievement, of the great dance MYM  and I did in the the team (we came third, and in the playbacks, our own performance was almost perfect), and of course of my result with Mr over45 , and of the experiences I had dancing with some of the best in the country. 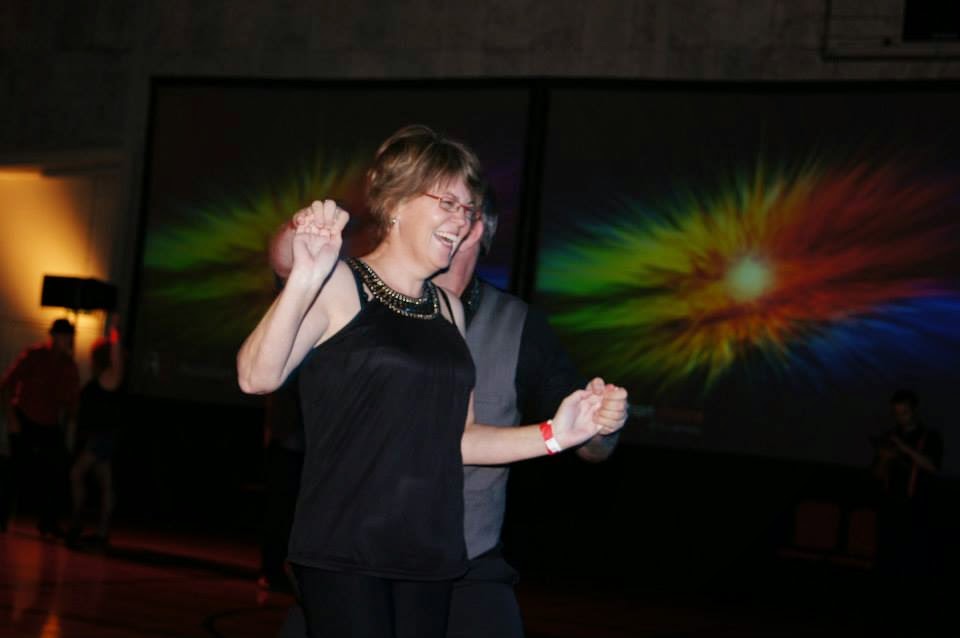