When I was  14 years old, my well travelled Aunt gave me a gold lipstick holder she had bought in Japan (when on her latest overseas adventure).  I wasn't even wearing lipstick then but I treasured as only a young teenager does.  You can read more about my Aunt here.

That piece of ''Chokin Art" represented a big wide world, impossibly exciting experiences, and also became more special as I visited Japan so many times myself and saw 'Chokin' products on sale there.

As years went by that holder went everywhere with me - and if it could talk would tell of going round the world with me three or four times, accompanying me to parties, dates, and special events - and  being witness to decades of colour trends (blood red, dark maroon, frosty pink, and more latterly conservative rose).

But this week, the worst happened.  The lipstick holder has gone.  I can only assume that it fell out of my handbag as I raced between appointments.  I have scoured the car, the house, the office, to no avail.  I know it shouldn't matter - it was worn and old and the mirror was cracked - but this little thing had been literally everywhere in the world that I had been, and I have to say - I'm kind of grieving for it.  It represented so much, it had BEEN THROUGH so much with me!  It reminded me of the lesson my Aunt taught me (never leave the house - or the car - without fresh lipstick on.

A search on Google suggests i could replace it without too much trouble - and for not much money. But it's not the same.  I don't want another one.  I want THAT one - the one that reminded me every day (often more than once) of my impossibly glamorous Aunty, that thing that has seen everything in the world that I have - that was my most used possession.

I know material possessions don't matter (after all am I not the queen of minimalism) but there are some things...a few things... that really do. And this was - is - one of them.

I vainly hope it will turn up.  But if it doesn't, I can only hope that the person who might find it will not idly throw it in the rubbish, but wonder where it came from and what it might have meant to the person who lost it. 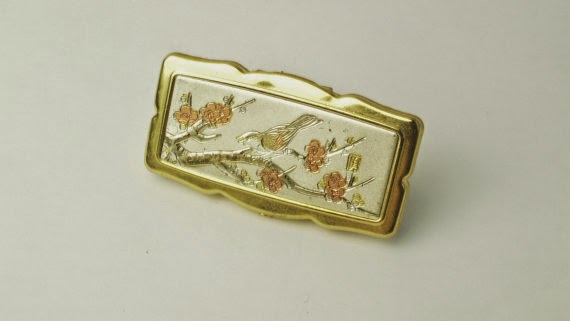